A Return to “The Simple”: The Practical Benefits of Liquid Sodium Hypochlorite 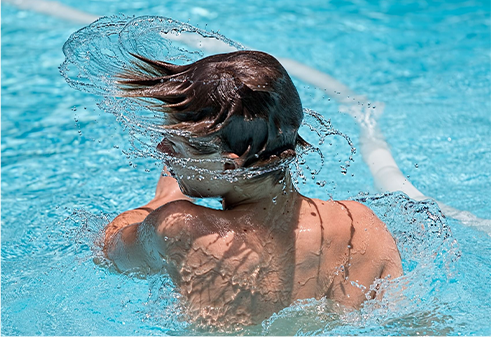 As recently published by HASA’s Terry Arko in Aqua Magazine

As pools began to grow in popularity beginning in the 1920’s the use of sodium hypochlorite found a new and growing industry.  In the mid 1940’s the polio panic had people afraid to go to public pools. Liquid sodium hypochlorite became very popular at this time as a disinfectant because of chlorine’s proven ability to kill polio. Public pools stocked up and chlorinated pools in order to win back the fearful public. As backyard residential pools began to gain popularity in the 1950’s and 60’s it was liquid sodium hypochlorite that played the key role in disinfecting and keeping the pools clear. Before chlorine tablets, feeders and floaters began to make their way into backyard pools there was basically a simple routine. Sanitize with liquid sodium hypochlorite and manage pH with muriatic acid. Moving into the 1970’s a newer chlorine compound was beginning to show up in backyard swimming pools. The new kid in town was the stabilized chlorine tablet known as Tri-Chlor.

How tablet convenience replaced liquid practicality in the market
While calcium hypochlorite and liquid sodium hypochlorite were enjoying mainstream popularity in backyard pools there was a problem. That problem was the fact that both forms of hypochlorite were un-stabilized. That meant that in the summer sun the free chlorine created by these un-stabilized compounds didn’t last very long. In fact, nearly all the chlorine from liquid sodium hypochlorite could be destroyed in about four hours by the direct summer sunlight. Since this problem began to be recognized the practice of adding extra amounts of liquid sodium hypochlorite in the late afternoon or evening was incorporated. In 1956 Monsanto began to produce and distribute cyanuric acid (CYA).  At levels of 30 ppm CYA helped free chlorine residuals last up to eight times longer than without the additive. There was incredible benefit from adding CYA to the pool water.

In the late 1960’s and early 1970’s solid tablets of stabilized chlorine known as isocyanurates began to make their way into residential swimming pools. The selling point was convenience for the owner. The tablets could be added to an inline feeder or a floating container known as a floater. The advantage was that the stabilizer to make chlorine last was built right into the tablet. Voilà, instant convenience for the modern pool owner. As this system of treating backyard pools grew in popularity liquid sodium hypochlorite was pushed out as the main source of pool sanitization. Liquid was now mainly used as a back up or shock to Tri-Chlor tablets in pools.

How the perceived convenience of dry chlorine causes complications
While the two-in one convenience of Tri-Chlor tabs continued to grow there was something going on beneath the surface that pool pros were beginning to observe. Early on there was a perception that higher levels of CYA could lock up the effectiveness of the chlorine. This was known as “chlorine lock” and whether it was mythical or factual it was the source of many a bar room brawl. From academia to the field tech the debate over CYA has been a mainstay in the swimming pool industry for over 30 years. One thing that began to become certain on an anecdotal basis was that pools that used Tri-Chlor tabs with increasing amounts of CYA were becoming a struggle to maintain. It seemed more of a challenge to keep free available chlorine levels and many pools had algae problems toward the end of the season. Users of tri-chlor tabs began to become aware of some side effects from use that led to complications in water treatment. What mainly began to be revealed was the amount of CYA being released from the continual dependence on Tri-Chlor tablets as the primary means of chlorination. Most of an 8 oz. Tri-Chlor tablets consist of CYA. Over 54% by weight is CYA with the other 46% being chlorine. So, it was realized that a lot of CYA comes from Tri-Chlor tabs.

However, there was a large contingent of folks under the impression that more is better, while others were beginning to see the need to drain and dilute to keep levels down. Regardless of the stance on the CYA debate one point was clear. Tri-Chlor tabs made the maintenance of pool water more complicated. Some other points regarding this were the fact that Tri-chlor tabs were very acidic which leads to using more soda ash to balance pool water. Then the discovery of how CYA interferes with the total alkalinity reading if the levels are higher than 60 ppm. Another adjustment to be made. Next came emerging research from the Centers for Disease Control (CDC) pointing out that in the cases of crypto remediation it takes a lot more chlorine and contact time to inactivate the parasite if CYA levels are present even as low as 15 ppm.

Dealing with bacteria and preventing algae reports have come out showing there must be a proper ratio between the ppm of free chlorine and CYA present in the pool. Some suggest using a ratio of 7.5% ppm of free chlorine times the CYA ppm level. For example, if CYA level is 60 ppm it would take 4.5 ppm of residual chlorine to kill bacteria and prevent algae growth. 60 x 7.5%=4.5 ppm. The latest report from the CDC and Model Aquatic Health Code (MAHC) ad hoc committee on CYA suggest a CYA to chlorine ratio of 20:1 in order to effectively inactivate bacteria. That means at 20 ppm CYA there must be 1 ppm of FC in order to effectively inactivate bacteria such as E. coli or Giardia.  While the debate on all of this continues it is clear to see that the perceived convenience of Tri-Chlor tablets has led to a lot of complications for both service pros and pool owners.

Liquid sodium hypochlorite and secondary device systems such as AOP
There are secondary sanitizer devices which have gained in popularity recently. These are ozone, UV and Advanced Oxidation Process. All these systems are not approved by the EPA as primary sanitizers. Even though they are beneficial to oxidize and inactivate many pool water contaminants they are unable to leave a measurable residual in the water. That means that chlorine still needs to be the primary sanitizer in these pools with a residual between 1-4 ppm. CYA levels need to be controlled in these types of systems in order to get the desired residuals to ensure protection from bacteria in the pool. 30-50 ppm of CYA is the recommended level in these systems. At a CYA level of 60 it would take 4.5 ppm of chlorine to inactivate bacteria. This is outside the required EPA rule. Since the main purpose of secondary devices is to allow for complete disinfection with lower amounts of chlorine, the use of Tri-Chlor in these types of systems would not be a good fit. Again, liquid sodium hypochlorite is a preferred choice for these systems because it provides manageable levels of free chlorine without by products that will reduce the system effectiveness of UV, ozone or AOP.

The benefits of a simple liquid chlorine system for service techs and consumers.
With all the chatter, research and articles of late regarding CYA also comes loads of confusion and questions for service techs and pool owners. There undoubtedly will continue to be continuing research and breakthroughs regarding both the benefits and detriments of using CYA and Tri-Clor in swimming pools. Amidst all this there is still a reliable, safe and simple way to get chlorine sanitizer with a measurable residual into swimming pools. Liquid sodium hypochlorite has been proven throughout the history of pool chlorination to be one of the most cost effective, easy and safest ways to disinfect pool water. Perhaps this is a good time to return to the simple.

Benefits of Liquid Sodium Hypochlorite
·      Affordable
·      Easy to use
·      Safe for storage as it is non-flammable and non-combustible
·      Leaves a measurable residual of free chlorine
·      Does not contain calcium or cyanuric acid
·      Very beneficial as a back up to chlorine generator systems
·      Ideal for use with secondary sanitizing systems like ozone, UV and AOP